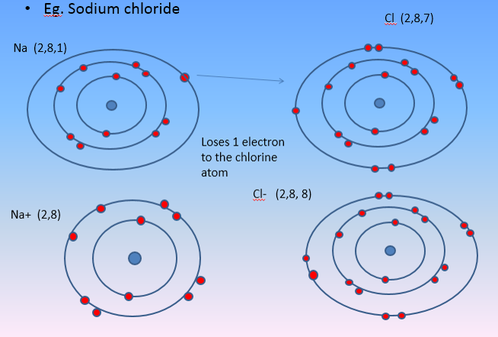 The Electrovalency (charge) that an ion carries relates to the number of electrons in its outer shell.
Eg. Group 1 have 1 electron in the outer shell which will be lost in bonding. Therefore, the valency will be +1 since one negative electron is lost.

Rules for naming ionic compounds
•The positive ion is written first (metal).
•Overall charge on the resulting compound is 0 (neutral).
•Subscripts are used to show ratios of ions.
•Brackets are used if more than one complex ion is contained in a compound.
Eg.           Al2(SO4)3
•Cations with more than one valency are identified with the use of Roman Numerals.
Eg. Cu(I) ,  Cu(II)

Note that hydroxide is made up from 2 elements, oxygen and hydrogen- both of these need to be doubled- therefore brackets need to be used. 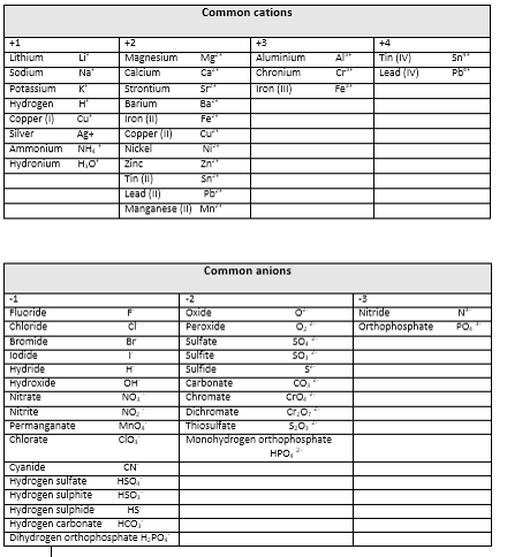